Virtual cities: Designing The Metropolises of the Future

The cities of the future will be informed by data as much as by design. (Getty Images)

Simulation software that can create accurate "digital twins" of entire cities is enabling planners, designers and engineers to improve their designs and measure the effect changes will have on the lives of citizens.

Cities are hugely complex and dynamic creations. They live and breathe.

Changing one aspect affects many others. Which is why planning is such a hard job.

So imagine having a tool at your disposal that could answer questions such as "What will happen to pedestrian and traffic flow if we put the new metro station here?" or "How can we persuade more people to leave their cars at home when they go to work?"

This is where 3D simulation software is coming into its own.

But with the addition of internet of things (IoT) sensors, big data and cloud computing, they can now create "digital twins" of entire cities and simulate how things will look and behave in a wide range of scenarios.

"A digital twin is a virtual representation of physical buildings and assets but connected to all the data and information around those assets, so that machine learning and AI algorithms can be applied to them to help them operate more efficiently," explains Michael Jansen, chief executive of Cityzenith, the firm behind the Smart World Pro simulation platform.

Take Singapore as an example. 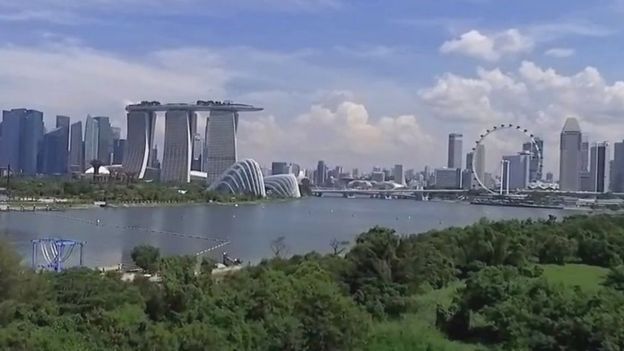 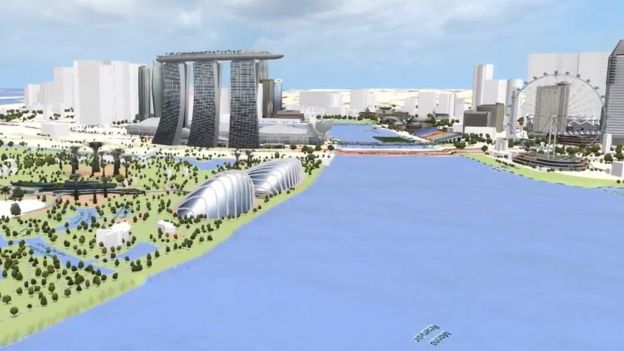 This island state, sitting at the foot of the Malaysian peninsula with a population of six million people, has developed a virtual digital twin of the entire city using software developed by French firm Dassault Systemes.

"It will be the country's authoritative platform that can be used by urban planners to simulate the testing of innovative solutions in a virtual environment."

In addition to the usual map and terrain data, the platform incorporates real-time traffic, demographic and climate information, says Mr Loh, giving planners the ability to engage in "virtual experimentation".

"For example, we can plan barrier-free routes for disabled and elderly people," he says. 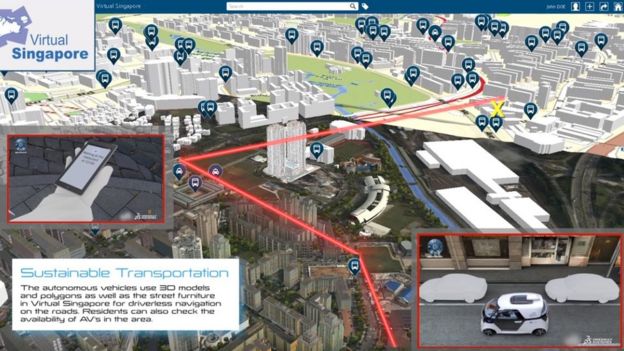 "The creation of one thing changes so many other things - the flow and life of citizens."

Dassault's software, which incorporates calculations that simulate the flow of a fluid, is used to design most F1 cars and aeroplanes, says Mr Charles, and this capability is useful for understanding wind flow around buildings, through streets and green spaces. 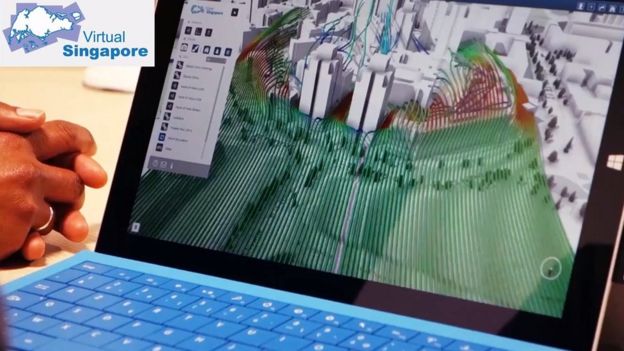 "If some parts of a city are too windy and cold, no-one will like to go there," he says.

"You can look at all 'what if' scenarios, so if we ask the right question we can change the city, the world," concludes Mr Charles.

Is India failing to build its newest state capital?

In the state of Andhra Pradesh in India, a brand new $6.5bn "smart city" called Amaravati has been planned since 2015, but has been mired in controversy amid disagreements over the designs and criticism of its environmental impact.

But last year Foster + Partners, the global architecture and engineering firm, and Surbana Jurong, the Asian urban and infrastructure consultancy, were chosen to take on the huge task.

And Chicago-based Cityzenith is providing the single "command and control" digital platform for the entire project. 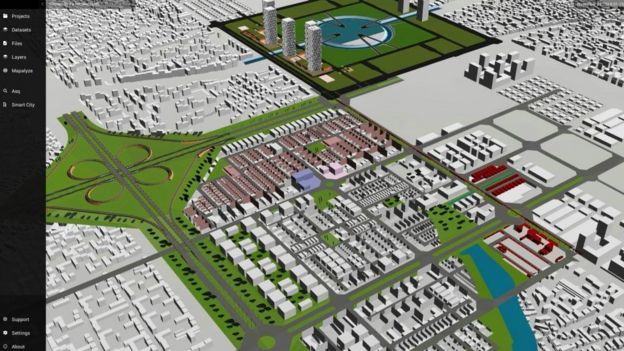 IoT sensors will monitor construction progress in real time, says Mr Jansen, and the software will integrate all the designs from the 30 or so design consultants already involved in the first phase of the project.

"The portal will simulate the impact of these proposed buildings before anyone even breaks ground," he says, "and these simulations will adjust to real-time changes."

The platform can incorporate more than a thousand datasets, says Mr Jansen, and integrate all the various design and planning tools the designers and contractors use.

The city, which will eventually be home to 3.5 million people, will be hot and humid, experiencing temperatures approaching 50C at times, so simulating how buildings will cope with the climate will be crucial, says Mr Jansen.

One large Norwegian engineering consultancy, Norconsult, is even combining simulation software with gaming to help improve its designs.

When working on a large rail tunnel project in Norway, the firm developed a virtual reality game to involve train drivers in the design of the signalling system. The drivers operated a virtual train and "drove" it through the tunnel, flagging up any issues with the proposed position of the signals. 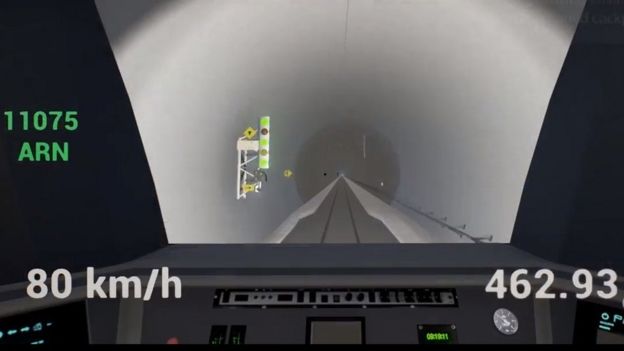 "They could change weather conditions, the speed and so on," says Thomas Angeltveit, who worked on the project. "It feels real, so it is much easier for them to interact."

"We had a lot of comments, so we were able to change the design and make a lot of adjustments."

Changing the design before construction begins obviously saves money in the long-term.

Digital twin simulation software is a fast-growing business, with firms such as Siemens, Microsoft and GE joining Dassault Systemes and Cityzenith as lead practitioners.

Research firm Gartner predicts that by 2021 half of large industrial companies will use digital twins and estimates that those that do could save up to 25% in operational running costs as a result.

The future of design is virtual and driven by data it seems.