America's Safest Places To Live ... Where You Can Actually Afford to Buy a Home

So what's the neediest of all need-to-haves? You need to find a safe place to live where you can still afford a great home. And wouldn't it be nice if there were even fun stuff to do after work and on weekends? Yes, indeed.

Realtor.com set out to find these seductive strongholds where you can have it all. And we're not talking about the boonies: We zeroed in on metropolitan areas, which include cities and the surrounding suburbs. (Note: Cities often have higher crime rates than their less-populated surroundings.)

Research—and common sense—indicates that when crime goes up, property values go down. Meanwhile, home buyers will pay more to live in locations with lower rates of violent crime, according to a 2015 Auburn University study. It doesn't hurt that these areas typically also have top public schools.

"When homeowners think about the biggest investment of their life, top of mind is how safe an area would be to live in and raise a family," says Rick Palacios Jr., director of research at John Burns Real Estate Consulting.

They also want to make sure that their investment appreciates over time, which it typically won't do as much in areas with growing crime. "High crime rates unnerve potential home buyers," he says. Um, yeah.

The good news: Crime has declined sharply since the early '90s. Violent offenses, which include homicide, assault, and robbery, plummeted 49% from 1993 to 2017, according to FBI data. This explains why some of our safest places were once known for riots and rampant car thefts before they rebounded. (The downside: Gentrification is leading to some longtime residents being priced out.)

The places that made our affordable safe harbor ranking are a mix of smaller metros that never really struggled with high crime, and cities once riddled with problems that have successfully pulled off a turnaround. Our list is concentrated on resurgent Midwest, Southern, and Rust Belt cities. No Western metros were included because home prices are simply too high.

We analyzed crime data provided by NeighborhoodScout, a website that tracks community data, focusing on America's 150 largest metros. We eliminated those with high rates of violent or property crime, and with home prices above the (roughly) $300,000 national median. Next, we zeroed in on cities with great extracurriculars—running the gamut from nightlife, to kayaking, to great indie bookstores—as tracked on Yelp.com.**

Safety, affordability, and fun! Yep, they can coexist. Let's take a tour. 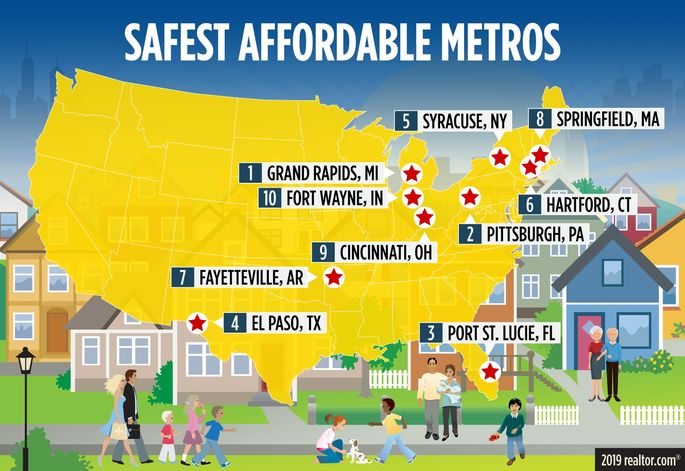 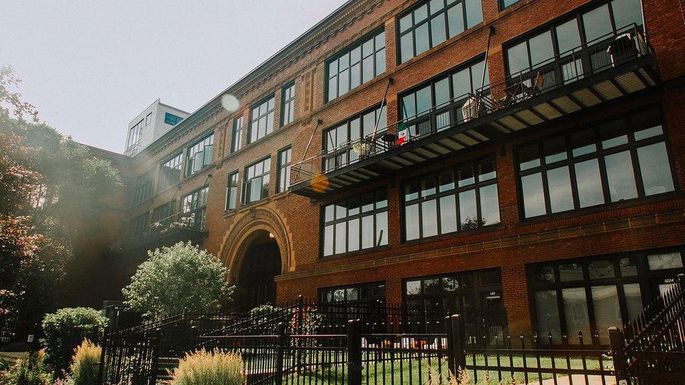 As some Michigan cities, including Flint and Detroit, continue to face hard times, Grand Rapids is booming. The very low 2.5% metro unemployment rate is reason No. 1 for the upswing.

"The economy is strong here, with lots of jobs at different levels," says Trisha Cornelius, a local real estate agent with Keller Williams. “The neighborhoods are affordable and clean. There isn't much in the way of urban blight."

Meanwhile, the metro has been attracting younger residents lured by those plentiful gigs, the affordable housing, and the influx of craft breweries in the area.

"A 25-year-old can actually afford to buy a home here," Cornelius says. They're snagging luxury, one-bedroom condos priced at around $200,000 like this converted, historic school building spanning two city blocks.

But bargain prices won't last forever. While the national housing market is starting to slow, realtor.com projects Grand Rapids will be the second-hottest market in 2019, with a 8.2% projected sales price growth.

Local R&R: Buckle your blades on for ice-skating in Rosa Parks Circle. 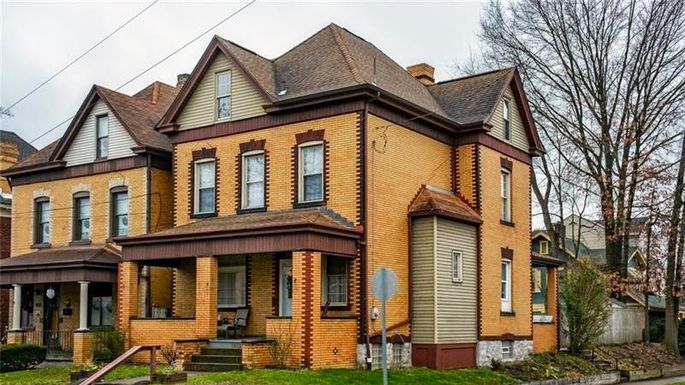 As Pittsburgh's steel mills shuttered and residents pulled up stakes, many neighborhoods fell into a crime-ridden, downward spiral. But that feels like ancient history these days, as the city continues to reinvent itself as a thriving corporate center for startups and tech biggies like Uber and Google alike. Now those once-hurting neighborhoods, like Brighton Heights, are seeing their fortunes rise and rise, with an influx of new workers moving in.

Brighton Heights "is a neighborhood in transition. ... When I was growing up in the '90s, it was certainly not a place for a first-time home buyer; but that's changed,” says local restate agent Bobby West of Coldwell Banker.

Young professionals and home flippers are buying up many of the community's Craftsman-style homes built in the early 1900s for under $150,000.

The number of violent crimes plummeted 24.8% from 2000 to 2014, according to the most recent FBI data. While crime is low in the metro, there are still some problem areas within the city limits. And residents are still hurting from last October's tragic shooting at a Pittsburgh synagogue, a hate crime that left 11 dead.

Local R&R: Fixate on flora fantasies at the Phipps Conservatory and Botanical Gardens. 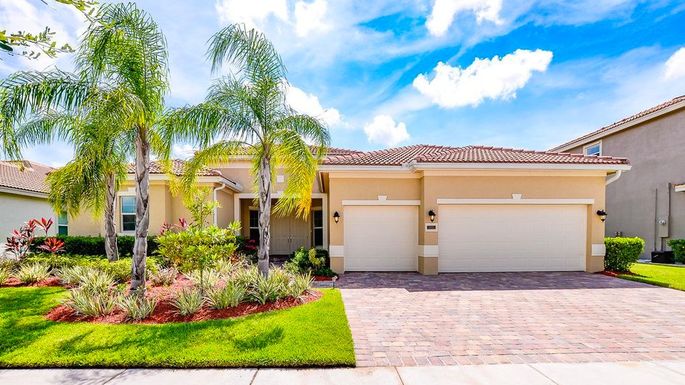 About two hours north of Miami, Port St. Lucie is a quiet Atlantic beach town, long a magnet for  retirees.

"Here, it’s just a really calm mix of people, mostly families and retirees," says Richard L. McKinney, a real estate agent at Atlantic Shores Realty Expertise. "People are just coming here to live and commute to work, so we don’t get all that ruckus that comes with tourism" in other Florida ocean areas.

This beach town is made up of lots of new single-home and condo communities. And prices are still reasonable, leading realtor.com to name Port St. Lucie one of the most affordable beach towns in June. Buyers can find condos just minutes from the beach for $150,000, says McKinney.

Local R&R: Gaze or gape at gators at the Savannas Preserve State Park. 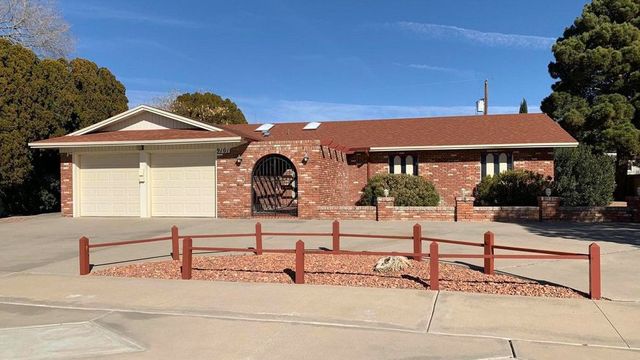 A combination of tougher police action and changing demographics has led to substantial decline in violent crime in this once-dicey metro on the U.S.-Mexico border. In the early '90s, El Paso often had more than 50 homicides a year. But from 2012 to 2016, the city averaged fewer than 18 homicides, according to the city's police department. That's good news for locals, and for long-term property values.

Finding a single-story, brick ranch under $200,000 in El Paso is a breeze. In fact, last year realtor.com named El Paso one of the best markets for middle-class home buyers. Developer-friendly zoning laws and low land costs make building homes here cheaper than in other parts of the country. 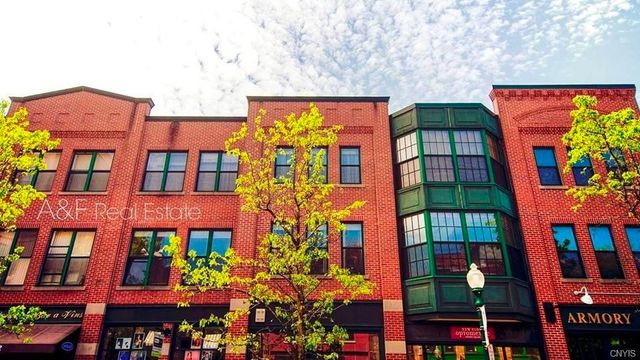 In the early 2000s, former industrial center Syracuse began pumping millions into renovating crime-ridden communities near downtown to entice college students to live there after graduation, instead of scramming as soon as possible. Crime dropped so much that everyone from young professionals to empty nesters bought up remodeled condosthere.

"Over a decade, downtown Syracuse went from being unsafe to the hottest spot to live" in the area, says Amber Spain-Mosher, a real estate agent at Re/Max in Syracuse. “The residential growth downtown is unlike anything we’ve seen before. And it shows no sign of slowing down.”

Homes in nearby urban neighborhoods have also received a boost. As the city became safer, more people swooped in and bought up fixer-uppers just above the $100,000 price range. That's played a role in home prices rising 9.6% over the past year. 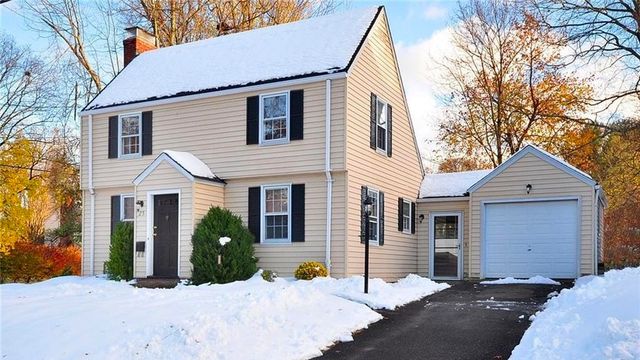 Hartford is a charming town with stately, older homes and rich history dating to Colonial America. And it's packed with affluent and highly educated homeowners who live in the burbs.

But that's not the only reason crime is low here. Several neighborhoods in the city proper, which has a higher crime rate than the metro, have seen an increase in development. Investors are setting their sights on areas such as Parkville, a once-dicey neighborhood that now has a burgeoning startup and art scene. They're flipping 100-year-old multifamily homes, then selling or renting them out to Connecticut College grads. 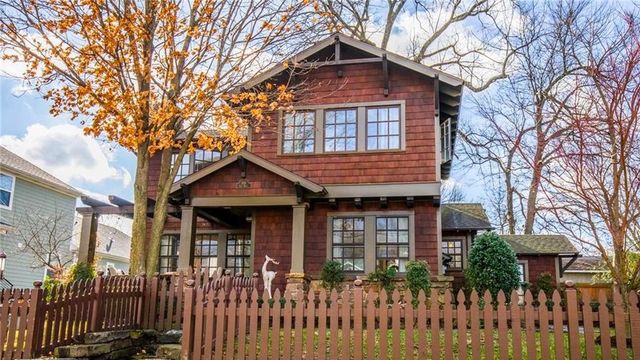 Retail giant Walmart has its headquarters in Bentonville, in the Fayetteville metro, and that's long ensured high property values and low crime. And as the company continues to expand, so does the real estate market here.

"We don’t have the wrong side of the tracks here," says Jill Bell, a local real estate agent at Crye-Leike. "[Even neighborhoods like] far south Fayetteville that had a bad reputation in the past has been revitalized."

Local R&R: Get your theater on! See nationally acclaimed productions in an intimate setting at TheatreSquared. 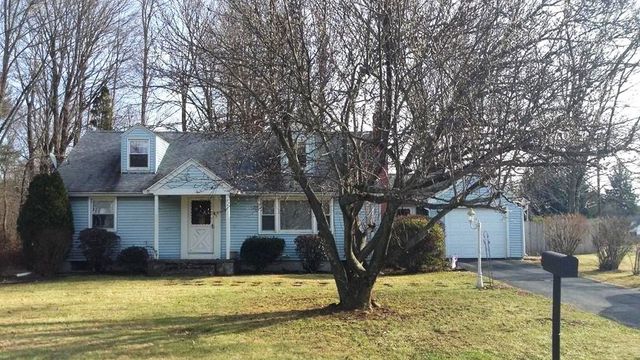 Massachusetts has the top public schools in the nation, according to U.S. News & World Report. It's no wonder buying a home in the state isn't cheap—the median list price is $450,000. That's where the Springfield metro sets itself apart: Folks can score reasonably priced homes, enroll their children in high-performing schools, and live in a low-crime area.

Communities such as East Longmeadow, home to East Longmeadow High School, which boasts a 98% graduation rate, are highly sought-after. And buyers can find many four-bedroom, Cape Cod–style homes priced around $250,000.

But crime within the Springfield city limits is higher, with neighborhoods such as McKnight and Forest Park all having some issues. In Forest Park, the vehicle theft rate is three times higher than the statewide rate—so be cautious.

Local R&R: Ramp up your roller-coaster love with a trip to Six Flags New England. 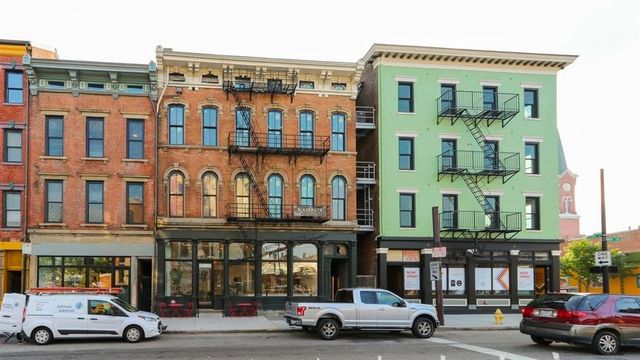 Cincinnati doesn't exactly spring to mind when most folks think about low crime. In 2001, the city burst onto the national consciousness when riots broke out after the police shooting of an unarmed 19-year-old black man. In the years that followed, many avoided the city.

But in recent years, things have improved. The Over-the-Rhineneighborhood, where much of the rioting took place, might be the city's biggest success story. Many of the three-story brick buildings, built 150 years ago by German immigrants, have been remodeled and turned into condos that sometimes sell for over $500,000. And OTR, as it's known by the locals, is among the region's top spots to be on a Saturday night with bars and nightclubs.

The Cincinnati metro is packed with booming, low-crime suburbs with good schools and new, sprawling subdivisions, including some just across the Ohio River and in Warren County, one of the state's fastest-growing counties. 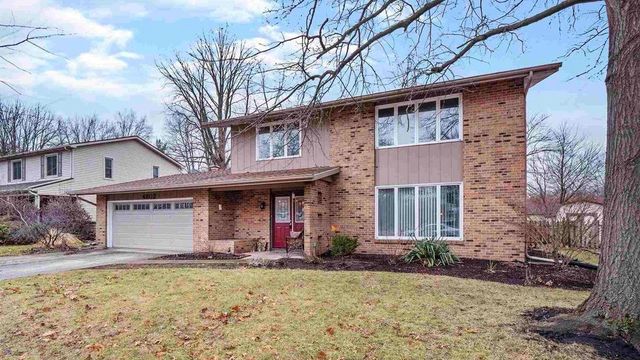 These days, the streets of downtown Fort Wayne are lined with new businesses, restaurants, and moving trucks. But this Midwestern destination for young professionals wasn’t always like this.

“A decade ago, Fort Wayne’s downtown wasn’t the best place after dark," says Ryan Dollens, a real estate agent and appraiser with Keller Williams Realty in Fort Wayne. "There was nothing going on—it was eerie.”

Things started to change in 2010, when the city spent $30 million on Parkview Field, now home to Fort Wayne’s popular minor-league team, the TinCaps. Then the city started to renovate Harrison Square in downtown, which included building new apartment complexes, a hotel, and a park with amphitheater. The efforts paid off.

“By adding all these businesses, restaurants, and apartments, they’ve really been able to clean up the streets,” Dollens says.

Buyers have responded, with prices soaring 11.1% over the past 12 months. Last July, it was ranked second on realtor.com's hottest markets list. But despite the hype, buyers can still snag three- to four-bedroom, two-story homes just outside downtown for under $200,000.

Local R&R: Soar with the butterflies and other wildlife at the Eagle Marsh Nature Preserve.

* A metropolitan statistical area is a designation that includes the urban core of a city and the surrounding smaller towns and cities. We limited our rankings to just one metro per state to ensure some geographic diversity.

Allison Underhill contributed to this report.

Lance Lambert is a data journalist for realtor.com. He previously wrote for Bloomberg Businessweek and the Chronicle of Higher Education. Follow @NewsLambert